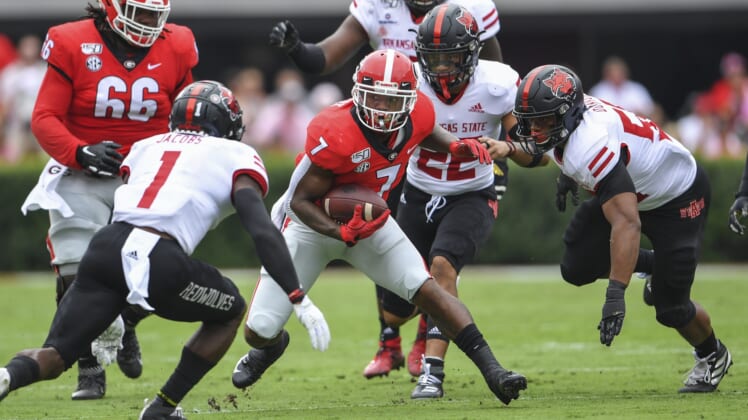 Georgia Bulldogs running back D’Andre Swift came into the season viewed as one of the best running backs in the country. He showed exactly why on Saturday with a gorgeous touchdown that humiliated Arkansas State’s defense.

Quarterback Jake Fromm dumped off a short screen pass to Swift hoping he’d pick up a few years. Swift did more than that by slipping out of a tackle, burning two more defenders on the sideline then cutting upfield and taking it the distance for the 48-yard touchdown.

We haven’t seen as many big plays from Swift this season with Georgia dominating games and rotating its running backs throughout games. However, Swift remains the best player on this offense and the Bulldogs are going to rely on him when the schedule gets tougher.

Swift is dominating early on Saturday with more than 120 total yards on only eight touches. Once Georgia starts feeding him even more, he’ll put up even bigger jaw-dropping statistics.