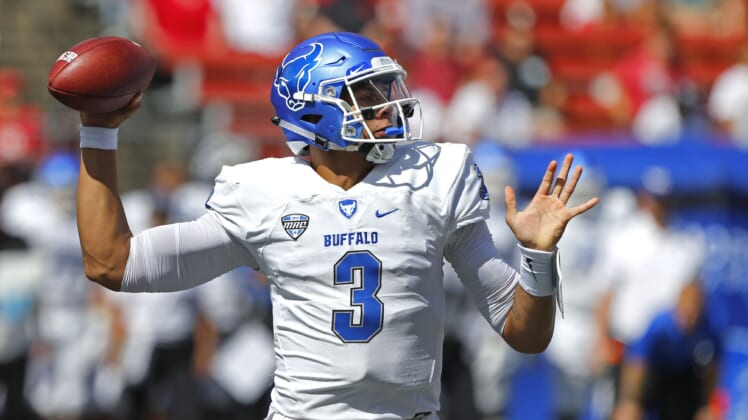 There is no throw more beautiful in football than watching a quarterback unleash a cannon deep down the field and drop it right into his receiver’s hands for a touchdown. On Tuesday, Buffalo Bulls quarterback launched an incredible 75-yard strike for a touchdown.

Early in the second quarter, Jackson rolled to his left then set his feet and fired a missile that traveled over 60 yards in the air before landing in wide receiver Anthony Johnson’s hands in stride on his way to a touchdown.

Jackson is in the midst of a big year as the junior quarterback came into the week with a 20-8 TD-INT ratio and a 140.7 quarterback rating.

Jackson clearly has some intriguing tools and the ability to put up numbers, perhaps this throw and a primetime game will land him some more attention going forward.