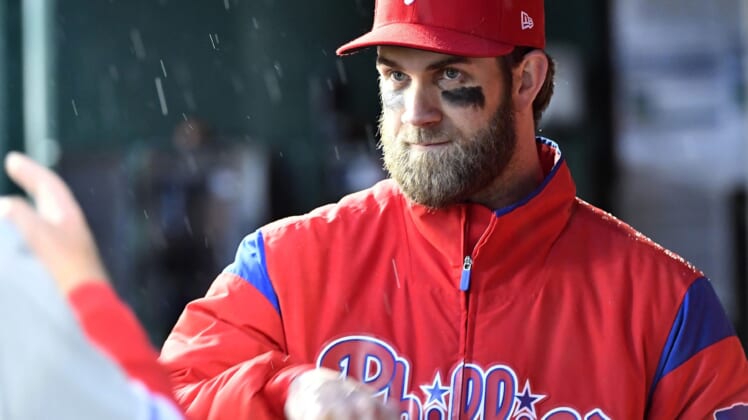 Bryce Harper’s first season as a member of the Philadelphia Phillies has not necessarily gone according to plan.

Harper apparently decided to take his frustration out on Rockies starter
Antonio Senzatela. Check out this absolutely mammoth 466-foot homer Harper hit off the hurler in the first inning.

That was definitely a no doubt about her blast from Harper. According to Statcast, it’s the second-longest homer since 2015. The 114.1 mph exit velocity ranks third all-time.

Yeah, Harper might very well be out of his funk. My word.