WATCH: Broncos’ Von Miller might not want to quit his day job 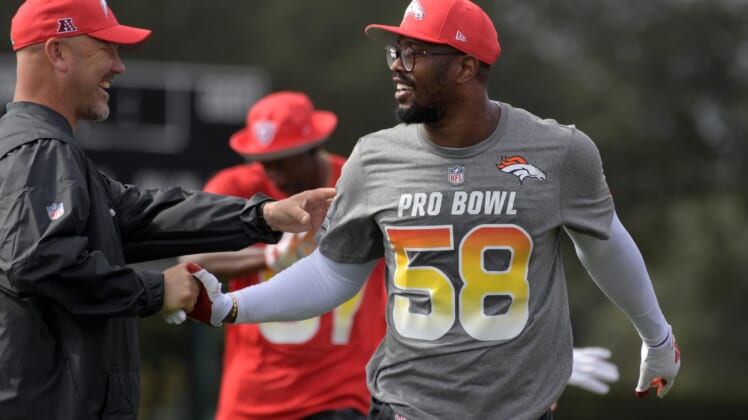 Denver Broncos pass rusher Von Miller is one of the best defensive players in the NFL. Given that he has absolutely no skill when it comes to passing the football, that’s probably a good thing.

The former NFL Defensive Player of the Year is in Orlando with other stars preparing for the 2019 Pro Bowl. He also took part in the Precision Passing Challenge on Thursday.

To say it didn’t go too swimmingly for Miller would be an understatement.

It's good that #BroncosCountry @VonMiller knows how to rush the passer.

He legit hit one of his targets throughout the contest. Tom Brady would have hit more blindfolded and tied up by Gisele. But we digress.

This challenge is pretty cool in that it enables those who don’t normally touch the rock to show their thing. Unfortunately, Miller would’ve been better off passing on it altogether.