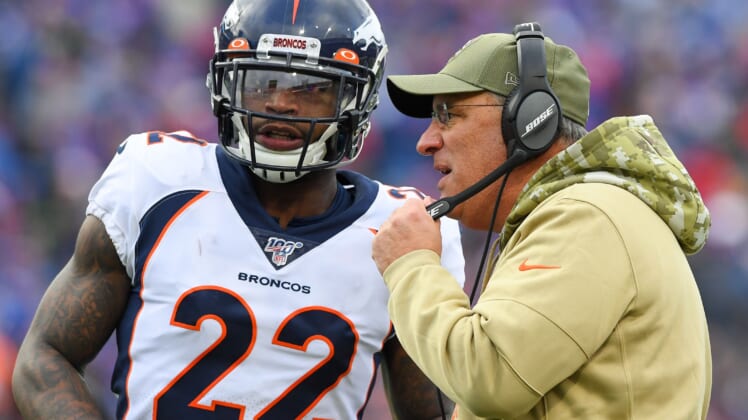 The Denver Broncos surprisingly started Sunday’s game against the 8-4 Houston Texans out strong. That included the team taking a 14-0 lead into the second quarter.

It also included the defensive touchdown of the NFL season with a 70-yard fumble recovery for a score.

Check the play out in all of its glory.

That’s linebacker Jeremiah Attaochu handing it off to former Texans corner Kareem Jackson after recovering a fumble. Jackson ultimately ran 70 yards in the other direction for a touchdown.

At 4-8 on the season, no one really gave Denver a chance against the first-place Texans in Houston. That changed quickly with this defensive score.