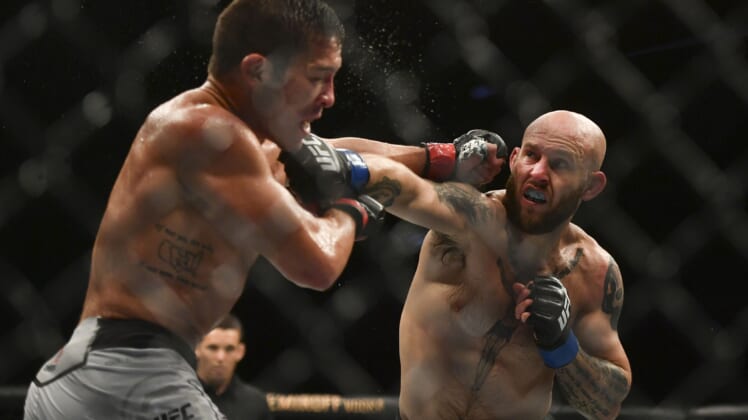 Just a few days removed from UFC 249, the MMA world was back at it during UFC Fight Night in Florida on Wednesday.

One of the preliminary matches included Brian Kelleher (20-10) going up against Hunter Azure (8-0) in a featherweight bout.

Despite boasting a lesser record than his opponent, Kelleher made his impact known big time in Jacksonville.

Check out the dude completely knocking out Azure before the latter hit the mat. For good measure, Kelleher got a couple more punches in before the ref called it.

That’s just some downright scary stuff right there. As the announcers noted, if your chin touches the other side of your shoulder. Well, it’s not a good thing. I will just leave it at that.

What a brutal left hook.