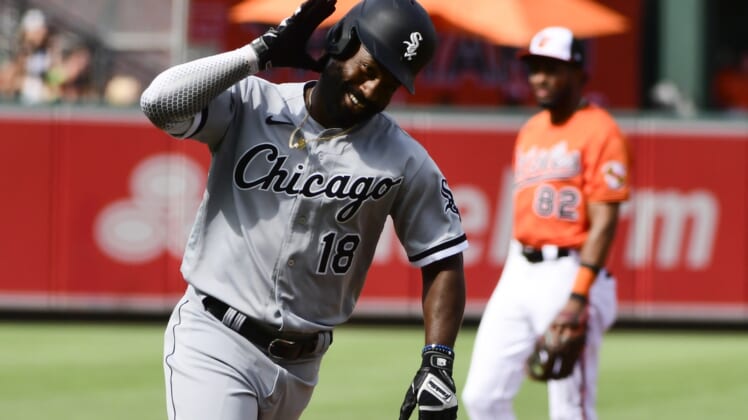 Goodwin went 4-for-5 with those three RBIs and two runs scored. He’s also driven in five runs in the first two games of this season. Garcia went 2-for-5 with his two RBI.

Starter Lucas Giolito (7-6) went 5 1/3 innings and struck out nine. He gave up two runs on six hits and kept the Baltimore offense quiet.

The Orioles have experienced lots of problems with their starting pitching in recent weeks, and Thomas Eshelman (0-2) ran into his own issues in this game. He allowed four runs on four hits — and got hit on the leg — in two-plus innings. Eshelman struck out one but walked three.

Liam Hendriks came on with the bases loaded in the eighth and earned his 23rd save. 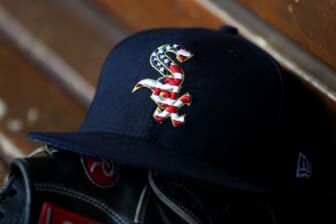 Goodwin started the scoring with a home run leading off the top of the second inning. He now has reached base in 14 straight games.

The White Sox stretched the lead to 4-0 with three runs in the third. With Jake Burger and Zack Collins on base, Tim Anderson lined a ball that was heading into the right-field corner which the ball boy fielded and stopped play. He was awarded a ground-rule double that Burger.

Yoan Moncado followed with a two-run double to right that gave Chicago the four-run lead.

The Orioles broke through in the fourth when Domingo Leyba got an RBI single, but the White Sox answered with two in the fifth. Goodwin (RBI single) and Garcia (RBI double) each drove in one and pushed Chicago’s lead to 6-1.

Leyba got his second RBI single in the sixth before the White Sox added two more in the seventh. Goodwin pitched in with an RBI single, and Garcia added his second RBI double for an 8-2 lead. Austin Hays gave the Orioles one more run with a bases-loaded walk in the eighth.