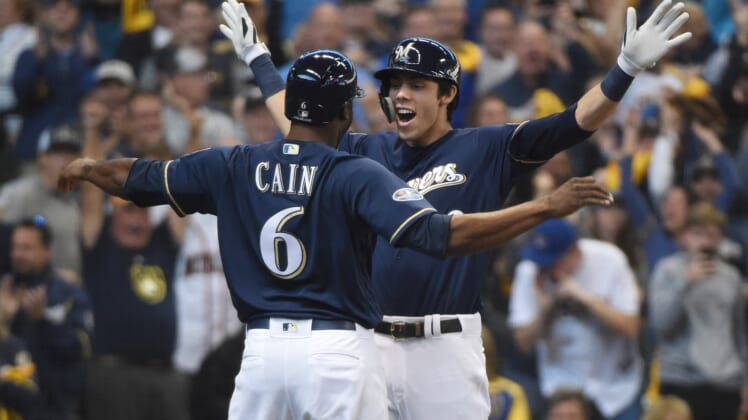 With their favorite team comfortably leading Game 1 of the NLCS over the Los Angeles Dodgers, Milwaukee Brewers fans decided to have a bit of relaxed fun.

The Brewers were up 6-1 after seven innings when fans at Miller Park broke out into a super slow motion wave.

No kidding, they just did a slow motion wave at Miller Park pic.twitter.com/kdfBCwoaIe

Folks were laughing about it but still participating, which is something that could only happen in a blowout under playoff circumstances.

The Brewers jumped out early on Clayton Kershaw, whose postseason struggles continued Friday night. He was charged with giving up five runs and earned an early exit, which was precipitated by an improbable home run by relief pitcher Brandon Woodruff.