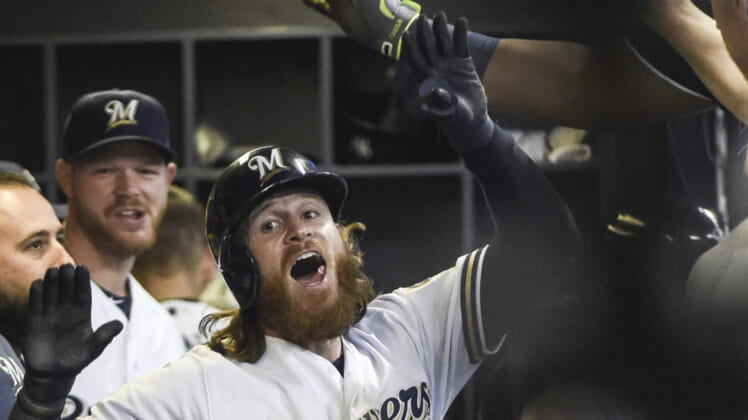 Milwaukee Brewers outfielder Ben Gamel is not necessarily known for the long ball. In fact, the former Seattle Mariners player has hit a grand total of five homers since the start of last season.

There’s one way to rectify that. Take on a really bad Mariners team and place the ball in no man’s land in left field.

That’s exactly what we saw Gamel do against his former squad Wednesday evening.

With the Brewers down 3-1 in the bottom of the sixth, Gamel hit a slicer down the left field line. Mariners left fielder Mac Williamson attempted a diving catch. It didn’t work. Gamel ran clear across the bases as Williamson retrieved the ball for an inside-the-park homer.

The official distance? A total of 251 feet.

We’re openly wondering what Williamson was doing there. He could have taken another angle and held Gamel to at least a double.

Instead, the risk-taking resulted in Gamel’s fifth homer of the season. It’s also one of the shortest homers you’ll ever see.