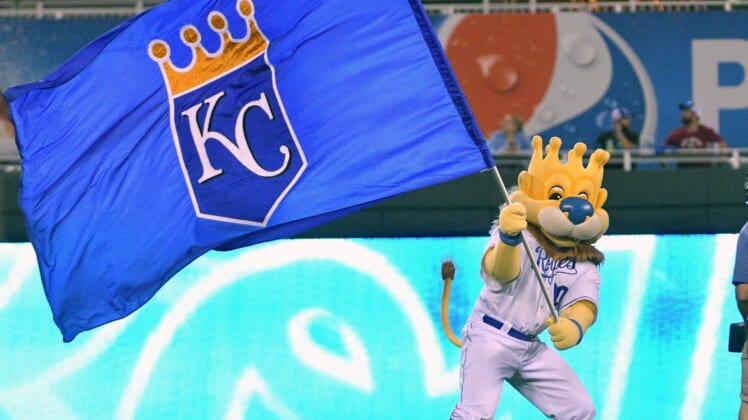 Phillips sort of tumbled right before he impacted the wall, which caused his upper body to hit first. He was grabbing at his shoulder area and got checked out by the training staff, but miraculously he stayed in the game.

Here’s a video of Philllips’ brutal tumble into the outfield wall.

Hosey rips a double off the wall to extend the @Indians' lead. Fortunately, Royals right fielder Brett Phillips is okay and remains in the game.#RallyTogether

After watching that, it’s incredible that he wasn’t seriously injured, and that he stayed in the game.

No doubt, he’ll feel this more later on after the adrenaline has worn off and the inflammation kicks in.