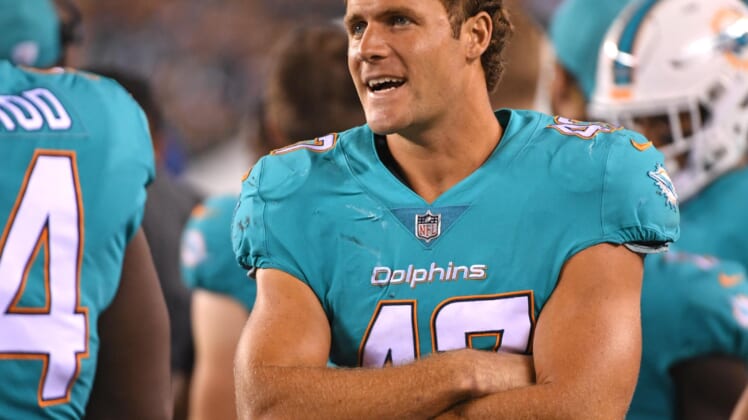 Kiko Alonso comes in with a late hit on a sliding Josh Allen.

He did the same thing to Joe Flacco last year. Alonso was now ejected. pic.twitter.com/mjVzbyR7Yv

Kiko Alonso with the hit on the sliding Josh Allen.
Kiko Alonso, Robert Quinn and Jordan Mills got ejected after this play.#MIAvsBUF #FinsUp #GoBills pic.twitter.com/vpbGQE9Vty

Alonso has quickly developed the rotation around the NFL for dirty hits and another late and unnecessary hit on a quarterback giving himself up will only add to that.