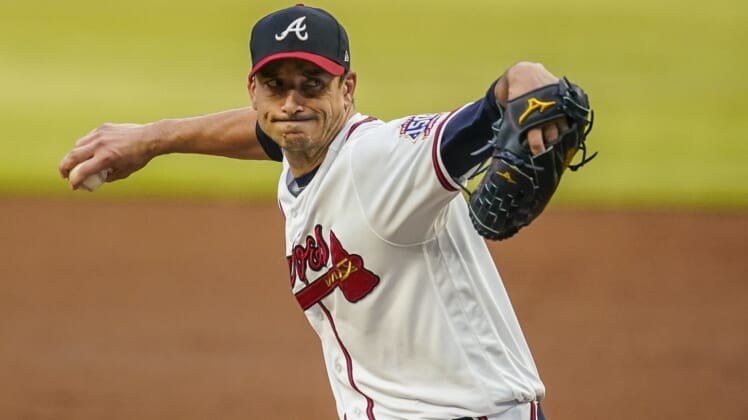 Atlanta’s Ozzie Albies and Dansby Swanson each had a two-run double to spark a five-run rally and help the Braves beat Clayton Kershaw for the first time ever, a 6-4 win over the visiting Los Angeles Dodgers on Saturday.

It was Kershaw’s first loss to the Braves in 12 career starts. Kershaw pitched six innings and allowed five runs on eight hits, one walk and nine strikeouts. He passed Atlanta Hall of Famer Tom Glavine and moved to 28th on the career strikeout list with 2,612.

Kershaw (7-5) allowed five runs in back-to-back games for the first time since June 2011, a span of 268 starts. Kershaw had never allowed more than four runs in any of his previous starts against the Braves.

Atlanta starter Charlie Morton (5-2) worked five innings and allowed four runs on four hits, one walk and five strikeouts. The right-hander didn’t give up a hit until the fourth inning.

The Atlanta bullpen covered four scoreless innings, with Will Smith striking out the side in the ninth to earn his 10th save.

The Dodgers scored a run in the first without a hit. Mookie Betts was hit by a pitch, took second on a fielding error, advanced to third on a fielder’s choice and scored when Morton overthrew first baseman Freddie Freeman on a pickoff attempt.

The Braves scored five times in the third inning with two outs. Freddie Freeman singled in the first run, Albies doubled home a pair and Swanson doubled in two more.

The Dodgers got three of the runs back in the fourth inning to cut the lead to 5-4. Matt Beaty drove in a run with a single, another came in when Zach McKinstry grounded into a double play, and the third scored on Swanson’s throwing error.