WATCH: Braves steal a run thanks to brilliant baserunning by Ozzie Albies 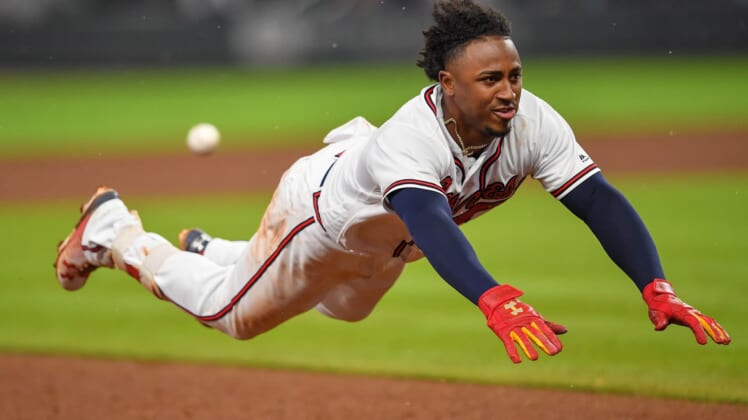 Atlanta Braves star Ozzie Albies scored a rather impressive run on Thursday. While he technically didn’t steal home, the play had a similar look.

With Freddie Freeman at the plate and nobody out, Albies stood at third. Freeman hit a sharp grounder back to Milwaukee Brewers pitcher Jhoulys Chacin. Chacin didn’t field the ball cleanly, but he did stop it. Normally, that doesn’t leave enough time for even fast runners to score. But Chacin made a mistake in not looking Albies back to the base. Albies made him pay.

Watch @Braves star Ozzie Albies turn a routine grounder back to the pitcher into a crafty run home. pic.twitter.com/HGeDYNQ1ya

The play was actually quite risky. Had Albies been thrown out, he would have wasted a golden scoring opportunity for Atlanta. But between Chacin not really looking him back, then making a rather nonchalant throw to first, the Brewers had no play at the plate.

So, Milwaukee learned a similar lesson that Chicago Cubs star Javier Baez has taught both the New York Mets and Detroit Tigers this season. If you get a fast runner on base, you can’t take anything for granted. If you do, you’ll pay on the scoreboard.