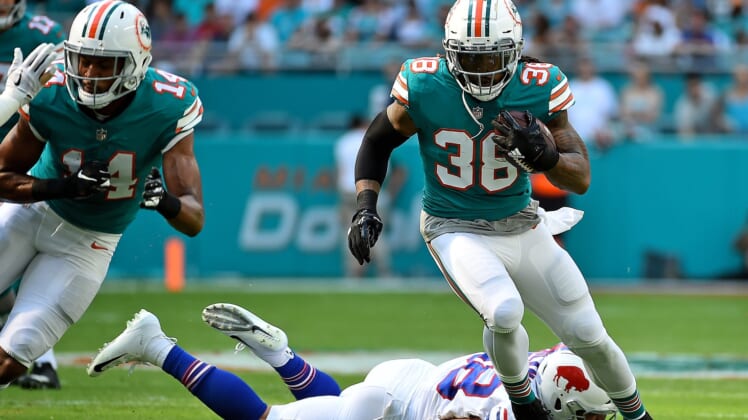 Miami Dolphins running back Brandon Bolden gave his former team, the New England Patriots, a glimpse of what they’re missing on Sunday.

Early in the second quarter of Week 14’s game against the Patriots, Bolden burned his old team with a 54-yard touchdown run.

Bolden didn’t get any touches in Miami’s Week 4 loss in New England. This was his first touch in Sunday’s game. We’d say that he made good use of it.

The touchdown and ensuing PAT gave the Patriots a 14-13 lead in what’s already been a high-scoring game.