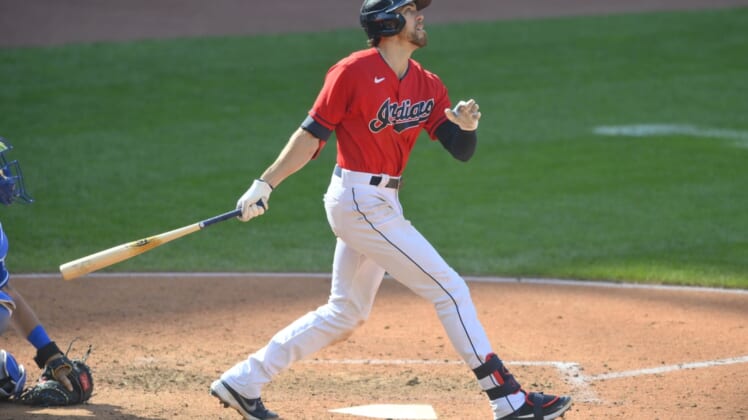 Bradley led off the bottom of the eighth inning against Kyle, who had just entered the contest as the fourth Royals pitcher.

Bradley promptly belted a 1-1 slider that sailed 408 feet over the right field wall to put the host Indians up 7-3 in an eventual 8-3 victory.

It happened three other times in the modern era, according to the Elias Sports Bureau: George Stovall off Jesse Stovall (Oct. 7, 1904), Rick Ferrell off Wes Ferrell (July 19, 1933) and Joe Niekro off Phil Niekro (May 29, 1975). It was Joe Niekro’s only career homer.