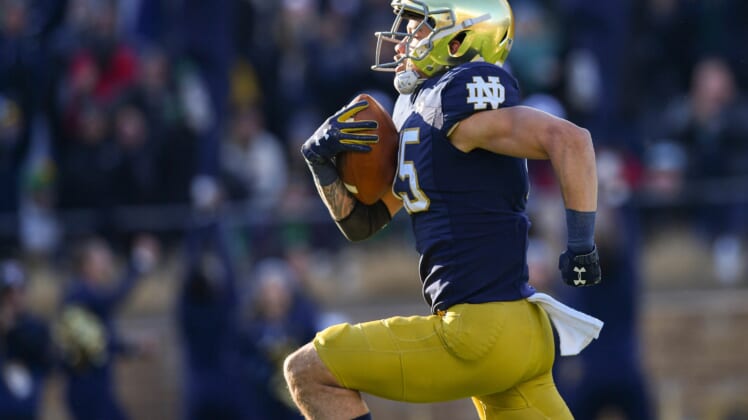 There are few things more fun to watch on a football field than a receiver with blazing speed. Notre Dame Fighting Irish wide receiver Braden Lenzy showed exactly why on a scorching 61-yard, end-around touchdown.

Notre Dame knows its sophomore’s speed is just different. He showcased it earlier this season on a 51-yard, end-around touchdown against USC and took things even further against Bowling Green.

It became quite clear that no one on the Eagles’ defense can match Lenzy’s speed. He slipped past two defenders on the left side of the field then essentially became a blur as he sprinted into the end zone. He’s averaging more than 20 yards per carry and nearly 25 yards per catch this season. Of course, the best is yet to come from Lenzy in future seasons.