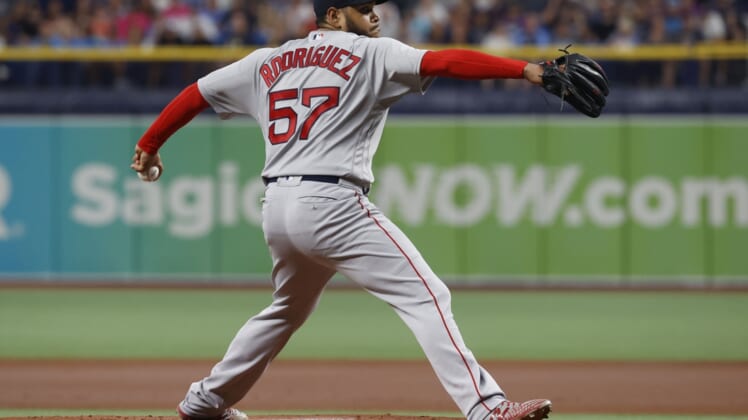 Franco, ranked as baseball’s No. 1 prospect by MLB.com, hit a three-run homer for his first hit and finished 2-for-4. He hit second in the Rays’ lineup and started at third base after being promoted from Triple-A Durham before the game.

In the 11th, Devers hit a line drive under Rays first baseman Yandy Diaz’s glove with no outs to plate runners from second and third. Hunter Renfroe followed with an RBI single, and Enrique Hernandez tacked on a sacrifice fly.

Darwinzon Hernandez (2-2) pitched 1 1/3 scoreless innings to earn the victory. Boston has won five of its past seven and sent Tampa Bay to a seventh straight defeat.

Andrew Kittredge allowed a hit, walked one and struck out one in two-thirds of an inning in an opener role for the Rays. Ryan Yarbrough surrendered five runs on five hits over two innings in relief of Kittredge.

Franco walked in his first plate appearance and scored as Tampa Bay took a 2-0 lead in the bottom of the first inning. Francisco Mejia’s two-out single plated Diaz, and Franco scored on a throwing error by Boston shortstop Xander Bogaerts.

Boston scored five times in the third on the strength of Martinez’s two-run double, a sacrifice fly by Devers and Renfroe’s ninth home run of the year.

Franco’s three-run blast in the fifth tied it at 5-5. After rounding the bases, Franco re-emerged from the Rays’ dugout for a curtain call.