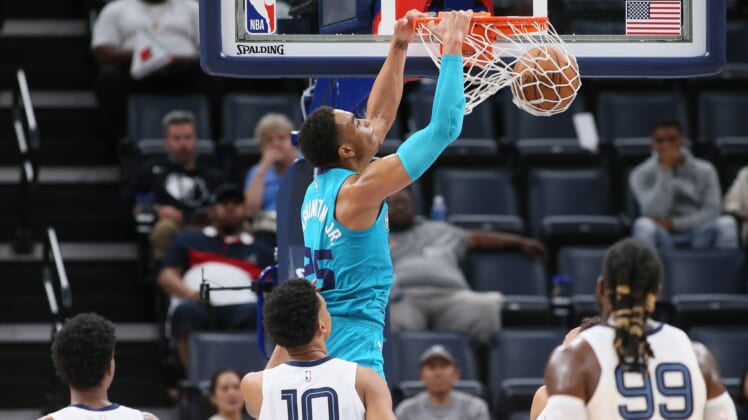 Charlotte Bobcats rookie P.J. Washington came to the NBA determined to make a statement. He did that in jaw-dropping fashion on Friday with an epic dunk to posterize his opponent.

The rookie drove to the paint and fed immediately with a sweet bounce pass to get him into the open lane. Brooklyn Nets guard Joe Harris tried to get in the rookie’s path and that proved to be a mistake as Washington soared for the two-handed slam right in Harris’ face.

Washington’s played reasonably well since being selected with the No. 12 pick in the 2019 NBA Draft. He just delivered his first statement dunk and it might be time for everyone to take notice.