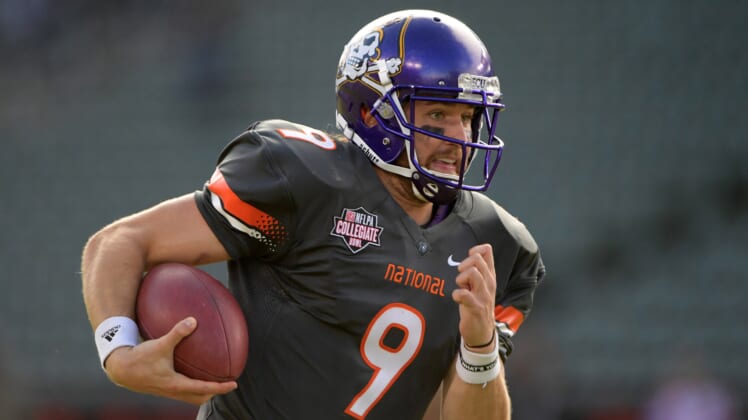 Before Sunday’s game, Dallas Renegades coach Bob Stoops did a sideline interview and offered an awesome tidbit about quarterback Philip Nelson. An Instagram model until recently, Nelson is starting Sunday in place of Landry Jones, and Stoops made sure to point out he has also been an underwear model.

Here’s a video of the funny interview, which features Stoops in his element for the first time since he retired at Oklahoma after the 2016 season.

Looks like Nelson is going to give clipboard Jesus a run for his money.