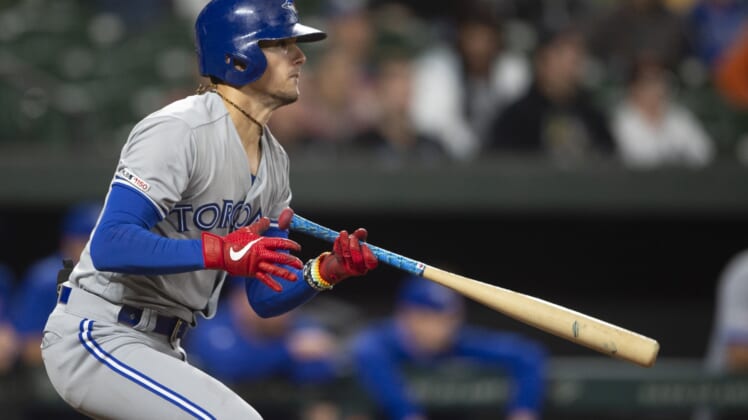 At a time when many MLB players are frustrated by opponents using the shift, Toronto Blue Jays second baseman Cavan Biggio took advantage with a gorgeous bunt double on Friday.

The 24-year-old rookie saw the Tampa Bay Rays shift into a defensive position to try and take away a hit. So, Biggio took their move and made one of his own by bunting the ball into the air and dropping it into open space as he raced for a double

We most often see something like this from a veteran player. However, it’s clear Biggio’s time around baseball with Hall of Famer Craig Biggio, his father, helps Cavan see the game in a different way than most rookies.