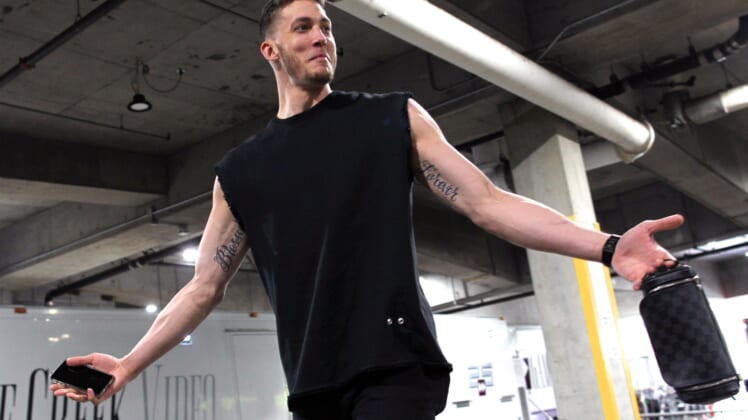 Meyers Leonard has been a big spark for the Portland Trail Blazers early in Game 4, but he was also the featured player in in an early blooper.

Going hard to the rack, Leonard made a sweet spin move to break free, then rose up to slam home what appeared to be an easy dunk. Unfortunately, he was utterly rejected … by the rim.

To be fair, Leonard’s energy and strong effort far outweighs this faux pas. But it’s rare to see a pro — especially a big man like Leonard — fail to finish that close to home.