WATCH: Blake Bortles caps off miserable 2018 campaign as only he knows how 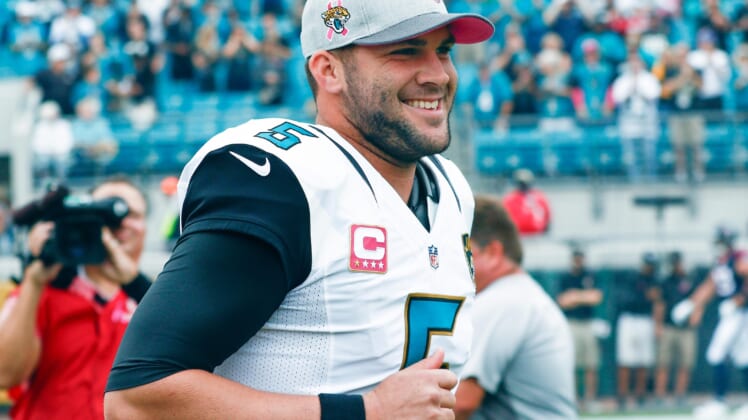 It’s been widely reported that the Jacksonville Jaguars are not going to bring Blake Bortles back in 2019, and if that holds true his final play this year was just perfectly fitting.

The former No. 3 overall pick had a miserable overall game Sunday in Houston. Then, late in the fourth quarter with his team in scoring range, Bortles threw one of his textbook putrid bombs and had it picked off in the end zone.

Blake Bortles’ final play with the #Jaguars could be an interception and I don’t think Keats could write a more poetic ending. pic.twitter.com/WZQW3exYNb

In his own words, Bortles “tricked” the Jaguars into giving him a contract extension this past offseason. It’s pretty clear now that the buyer’s remorse has fully settled in and that his tenure with the club is officially over.

And it could not have possibly ended in more fitting fashion.