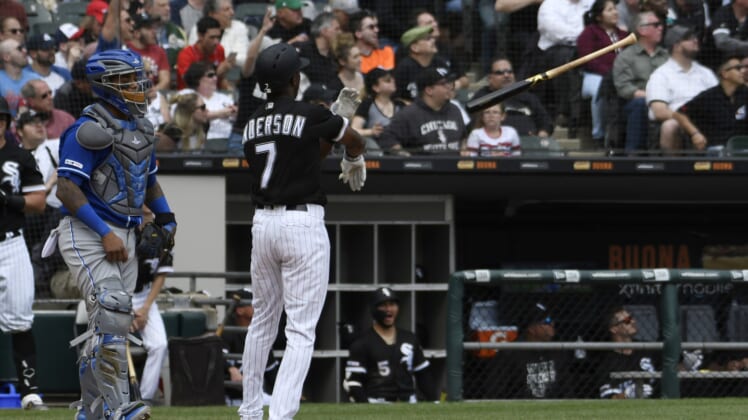 During Wednesday’s Kansas City Royals and Chicago White Sox game, Tim Anderson blasted a home run, threw his bat, and then got drilled on his next-at bat in retaliation.

Here’s the home run and bat toss, which was quite pronounced.

Less than an hour later, Anderson got hit on a pitch, he charged the mound and the benches cleared.

Things got really heated, and the pushing and shoving involved coaches along with players from both sides.

Anderson was tossed for charging the mound, along with Brad Keller, who was the pitcher that hit him.