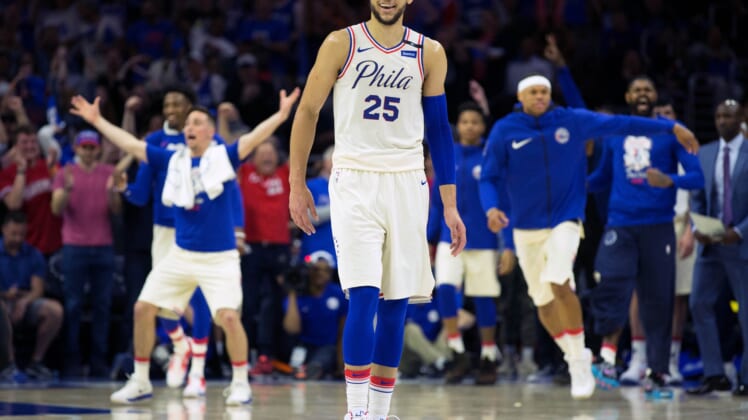 We might not have known who New Orleans Pelicans guard Kenrich Williams was ahead of Monday’s game against the Philadelphia 76ers.

Unfortunately for Williams, he was on the receiving end of a ridiculous play from star youngster Ben Simmons — making his way into the headlines in the process.

Early in Monday’s game, Williams turned the ball over with a lazy pass. Following the steal, Simmons was up against his lesser-known counterpart in transition.

The rest was history.

What an absolutely beautiful behind the back move and finish from Simmons there. Even more ridiculous is that fact that Williams clearly fouled him on the take.

Simmons is known for making the dazzling play at times. As he becomes more consistent, Philadelphia will take that next step. We’re seeing more of it in recent weeks.

And if that’s any indication, the Eastern Conference is in for a hard time over the past several weeks of the season.