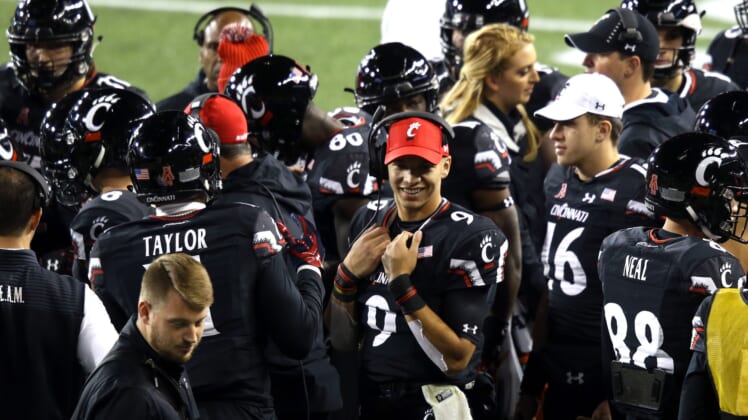 Early in the second quarter of the Military Bowl, the Cincinnati Bearcats scored their second touchdown of the game on a wild play.

Michael Warren II coughed up a fumble at the goal line. The ball popped out of his hands, spun to the right and stayed on the ground for what seemed like forever. Finally, after a couple of seconds, Kahlil Lewis pounced on it for the crazy score.

There’s already been a ton of excitement in this game. The first touchdown of the Military Bowl was incredible, and these two teams are putting on a show.