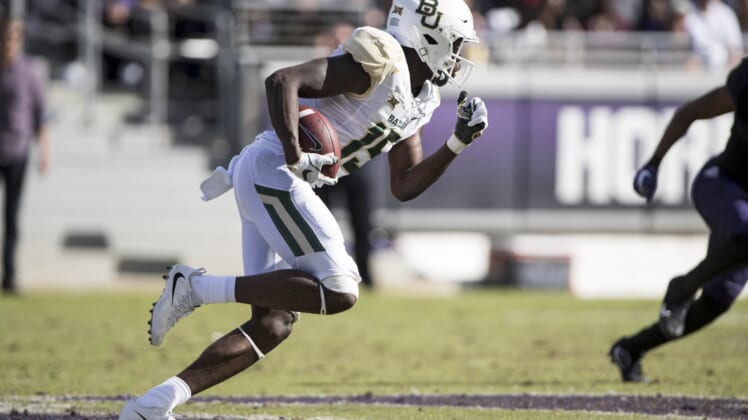 Baylor receiver Denzel Mims had a couple of the best catches we’ve seen this year already on record before his incredible catch Saturday against Texas.

On 4th-and-5 from the Texas 44-yard line, Mims had to contort his body as he hauled in a bit of an errant pass from Charlie Brewer.

The officials in this game reviewed this play to make sure Mims got a foot in bounds and maintained possession throughout the catch. After a close look, the catch was confirmed.

A few plays later, and Mims made another amazing catch in the end zone for a touchdown as Baylor pulled ahead of Texas, 21-3, in the third quarter.