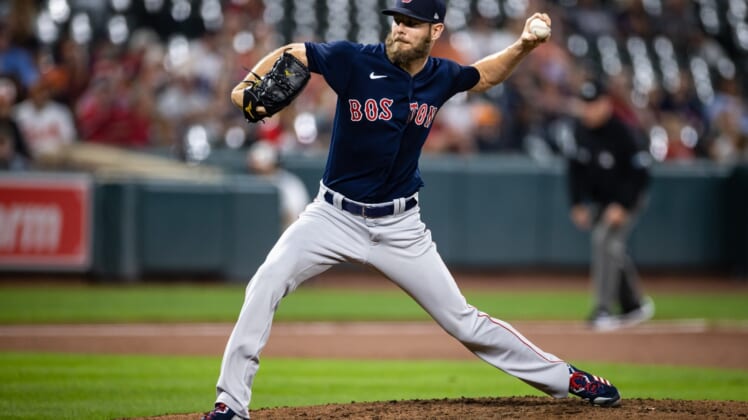 Ryan Mountcastle homered as part of a three-run sixth inning and the Baltimore Orioles rallied past the visiting Boston Red Sox 4-2 on Tuesday night.

The Red Sox (88-69) began the night one game behind the New York Yankees for the first A.L. Wild Card and one game ahead of the Toronto Blue Jays for the second spot.

Hunter Renfroe had two of Boston’s three hits, including a home run, and Kyle Schwarber also homered for Boston, which has lost four straight after winning seven in a row.

Marcos Diplan (2-0) allowed a solo home run and struck out three in two innings for Baltimore (51-106); Cole Sulser pitched a 1-2-3 ninth for his eighth save as Baltimore relievers allowed one hit in five innings.

Pedro Severino had three hits, including an RBI-single that gave the Orioles a 3-2 lead.

The Red Sox took a 1-0 lead when Schwarber hit the first pitch of the second inning from Bruce Zimmermann out to center for his 32nd home run.

Zimmermann, making his first start since June 13, went the first four innings for Baltimore, giving up a run on two hits in his return from the Injured List.

Renfroe led off the sixth against Diplan with his 29th home run to make it 2-0.

Kelvin Gutierrez led off the Orioles sixth with an infield single, just Baltimore’s second hit of the night. With one out, Mountcastle jumped on a first-pitch changeup, lifting a home run to left — his 32nd — tying the score.

Baltimore added an insurance run in the eighth when Mancini, Severino and Ryan McKenna all singled with two outs.