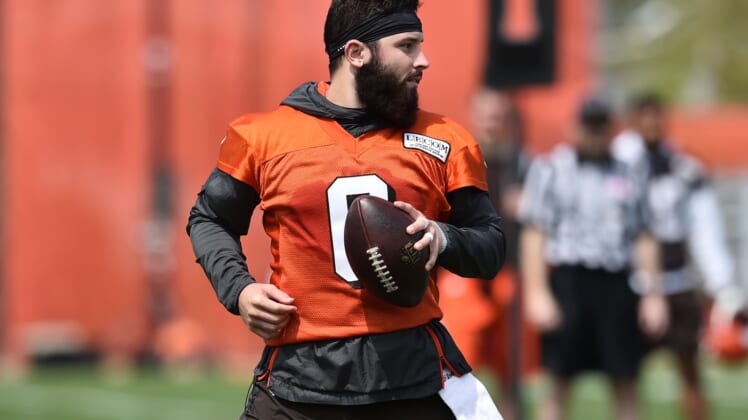 The Cleveland Browns hosted members of the United States military for training camp on Tuesday. It was Cleveland’s chance to show support for the troops.

That’s where second-year quarterback Baker Mayfield comes into play. The star youngster lagged behind on the field after his teammates departed to take selfies and sign autographs for the soldiers.

A man of the people. That would be the best way to describe Mayfield. While some in the media criticize him for being immature, Mayfield is out there being himself. It’s a rare trait in a social media world that leads to criticism at nearly every turn.

As the face of the Browns’ franchise, Mayfield will continue to grow within the local community. The optics of this video adds another layer to that.