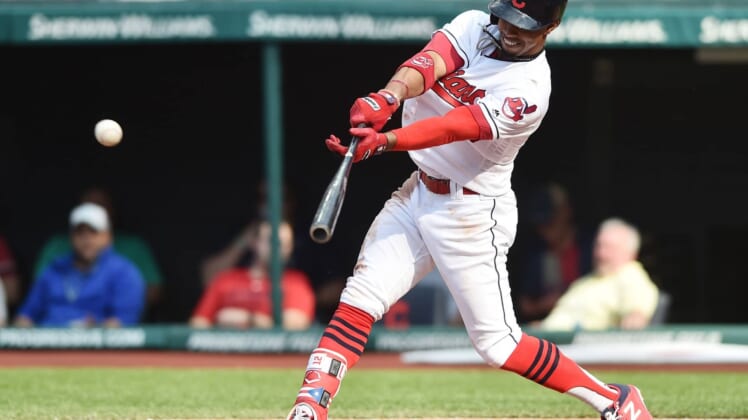 The Minnesota Twins and Cleveland Indians are in Puerto Rico on Tuesday, playing the first game of a two-game series. Cleveland shortstop Francisco Lindor — a native Puerto Rican — came to the plate in the fifth inning and broke a scoreless tie in memorable fashion.

He's home. Back in Puerto Rico, Franciso Lindor homers in front of his fans.

Everything about that video was special. Heck, it was even the right kind of home run. It was high and suspenseful enough for the fans to build to a roar, only to go crazy when the ball landed over the wall.

And as great as the home run was, the reaction of Lindor’s family as the ball was in the air was even better.

Certainly, it was a big home run in the game. But given how Puerto Rico is still trying to recover from the devastation of Hurricane Maria, we can safely say that this home run is bigger than baseball.