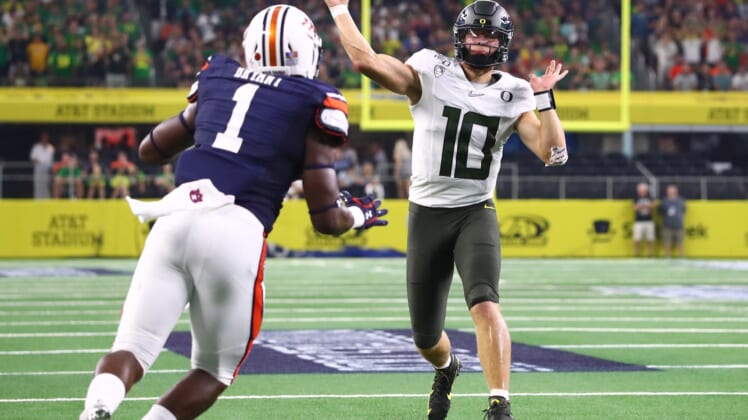 At a moment when the Oregon Ducks held all the momentum and were poised to take a three-score lead, Auburn Tigers defensive lineman Big Kat Bryant made the big play that might change everything.

Oregon moved inside Auburn’s 10-yard line after a monster punt return put them in position to take a 21-3 lead. Instead, quarterback Justin Herbert fumbled the football and Bryant came to the rescue with an 85-yard return.

Bryant seems to have a tendency to make big plays and he nearly got a defensive touchdown on this one. Fortunately for the Ducks, wide receiver Bryan Addison turned on the jets and made it downfield to tackle Bryant just short of the end zone.

Addison’s huge play proved to be a pivotal moment as Auburn ultimately settled for a field goal. One moment with two potentially game-changing plays could easily determine the outcome of this top-20 matchup.