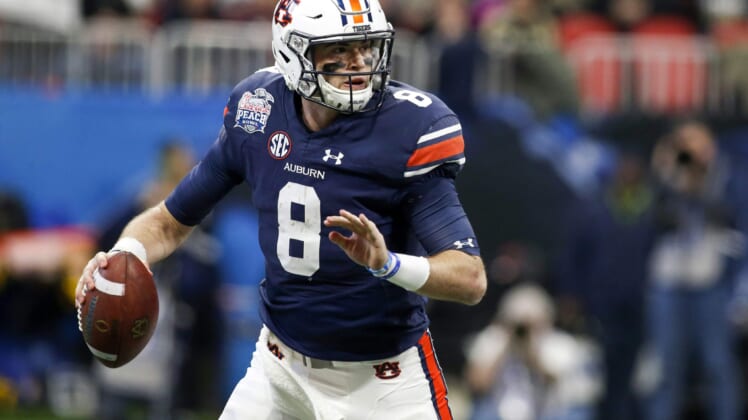 On just the third play of the Music City Bowl between Auburn and Purdue, the Tigers got the Boilermakers to bite hard on a run fake that led to a too-easy touchdown.

Jarrett Stidham faked an option run but pulled out of it to stand in the pocket. The fake froze Purdue’s linebackers and safeties, allowing running back JaTarvious Whitlow to get behind coverage. Stidham easily hit his wide-open playmaker on a wheel route, and from there Whitlow did the rest with his legs, juking out a defender en route to the end zone.

Before one minute had gone by, the Tigers already had a 7-0 lead in a game that figures to feature plenty more highlights.