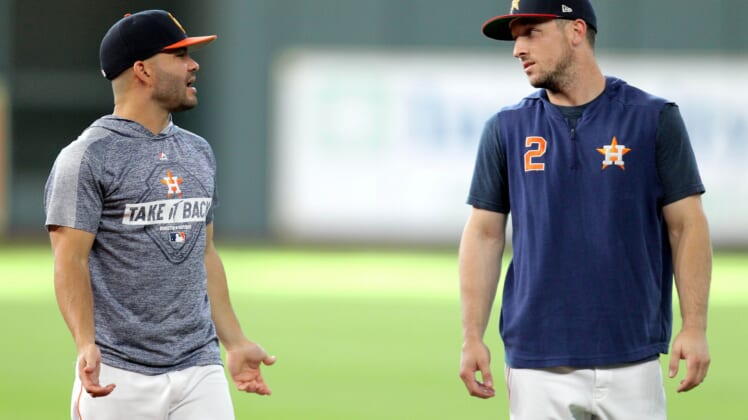 The Houston Astros have made it through much of the year without a fully healthy lineup. On Friday against the Texas Rangers, the Astros showed what their lineup is capable of when everyone is locked in and healthy.

Álvarez capped off the back-to-back-to-back solo shots with the biggest home run of the night and the furthest hit by an Astros player this year.

It’s crazy to think this lineup is without Carlos Correa and even fellow All-Star Michael Brantley sat out on Friday night. If Houston can find a No. 3 starting pitcher, it boasts all the weapons it needs to compete with the New York Yankees.