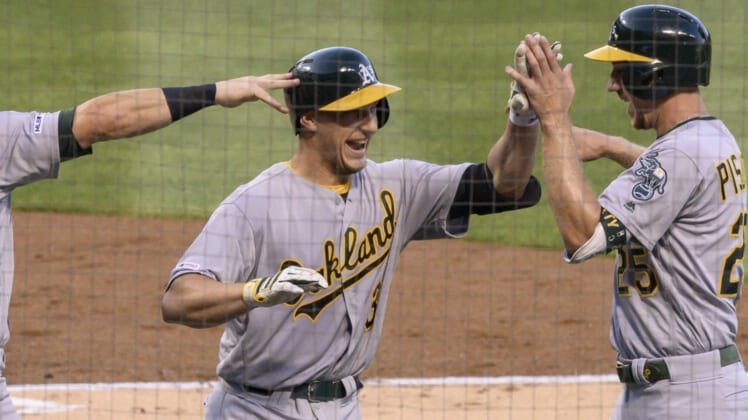 The Oakland Athletics’ bats had it going against Jon Lester and the Chicago Cubs at Wrigley Field on Tuesday evening.

The homer itself was nothing to write home about. It traveled just 381 feet.

Though, it was Piscotty’s 10th homer of the season. He’s now the 10th member of the A’s to reach the double-digit homer plateau — setting a franchise record.

Here’s a franchise that has boasted the likes of Reggie Jackson, Mark McGwire and Jose Canseco in the past. None of those teams accomplished this feat.

Oakland is now on pace for 256 homers on the season. That would come close to beating the New York Yankees’ single-season mark of 267. Unfortunately, the Minnesota Twins are on pace to shatter the mark with nearly 320.