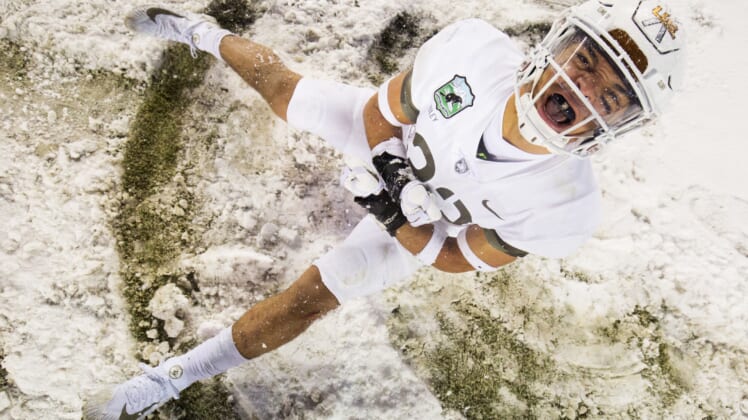 While the Army Black Knights aren’t always known for big plays, their special teams delivered one on Saturday. Elijah Riley picked up the football after a blocked field goal and returned it for a 80-yard touchdown.

Late in the second quarter, Black Knights defensive lineman Wunmi Oyetuga blocked the field-goal attempt and Riley recovered it then outraced everyone on his way to the end zone.

BLOCKED! What a play by Elijah Riley to score off the field goal return for Army. pic.twitter.com/DvgU38SuYb

The big play represented a massive swing in momentum as it turned a potential 14-10 game into a 21-7 lead for the Black Knights. In a season full of a lot of exciting moments for Army, this will certainly go down as one of its best moments from the 2018 season.