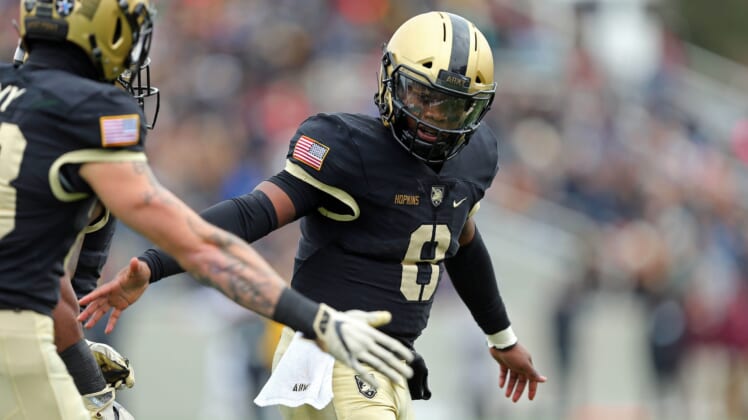 The Army Black Knights arrived for the Lockheed Martin Armed Forces Bowl looking to jump out to a hot start. Junior quarterback Kelvin Hopkins Jr. provided them with just that. After taking a 7-0 lead early, Hopkins Jr. came back and added to it with a 77-yard touchdown run.

Army’s triple-option offense was already causing problems for the Houston Cougars defense and Hopkins Jr. made things even worse for the Cougars. After he faked it to the right side, the junior reversed field, juked numerous defenders with jaw-dropping moves then found the end zone on a sensational 77-yard run.

You're not going to see a run much better than this one by Kelvin Hopkins Jr.. pic.twitter.com/tG6WxEvK9x

Hopkins Jr. is a playmaker in Army’s backfield and runs like this just show how frustrating it can be for defenders to try and stop Army’s offense.

One play later after the kickoff, Army scored again, this time on defense.

The Black Knights are rolling in the Armed Forces Bowl and it looks like it’s going to get even uglier for the Cougars.