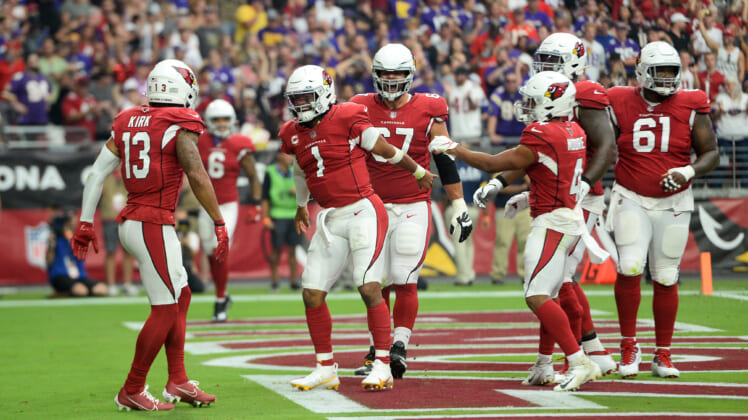 It was just a few days ago that Arizona Cardinals star Chandler Jones roasted quarterback Kyler Murray over his new haircut.

This came in response to Murray hilariously putting the pass rusher on blast during a Q&A with the media. And it was epic.

Standing at just 5-foot-10 and weighing 207 pounds soaking wet, a lot has been made about Kyler Murray’s frame since Arizona made him the No. 1 pick in the 2019 NFL Draft.

Not to be outdone by Jones’ “criticism” of his weight, the stud quarterback took to impersonating Baby Yoda after a 12-yard touchdown run against the Minnesota Vikings on Sunday. It was perfection in the clearest form.

Anyone who has watched the hit show “The Mandalorian” knows full well that this was spot on. Proving himself to be a Jedi Master in more ways than one, Kyler Murray would follow that up with a 77-yard touchdown bomb to Rondale Moore later in the first half.