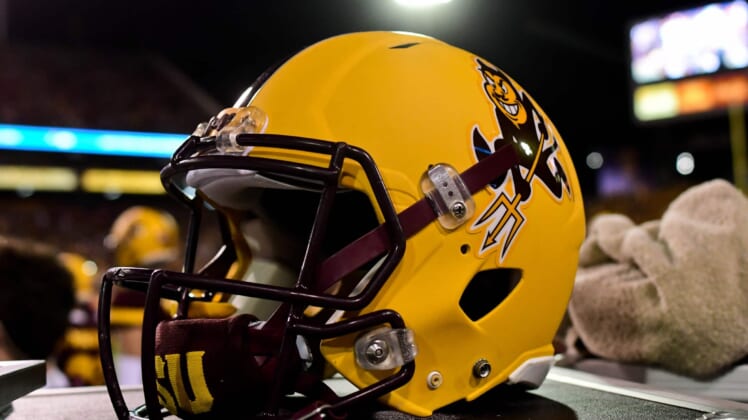 Rivalry Week in college football stirs up some crazy stuff as emotions run hot. That certainly was the case in Tucson as Arizona prepared to host Arizona State Saturday.

The two teams got into a skirmish a couple of hours before the game.

Afterward, a police presence was required on the field to keep the two teams separated during warm-ups.

When you know it’s a heated rivalry game…Police are staggered along the 50-yard line here at Arizona Stadium after a skirmish between the teams in their initial warm up. pic.twitter.com/TVTyhjMwwf

And according to an eyewitness, per Chris Karpman of 247 Sports, the players weren’t the only ones getting involved in the skirmish, either.

An eyewitness on the field said an Arizona DB coach escalated the skirmish between the two teams during warm ups by confronting Manny Wilkins, instead of trying to calm it down. “I’ve never seen anything like that,” the witness said.

Hopefully cooler heads will prevail once the actual games kicks off later this afternoon.