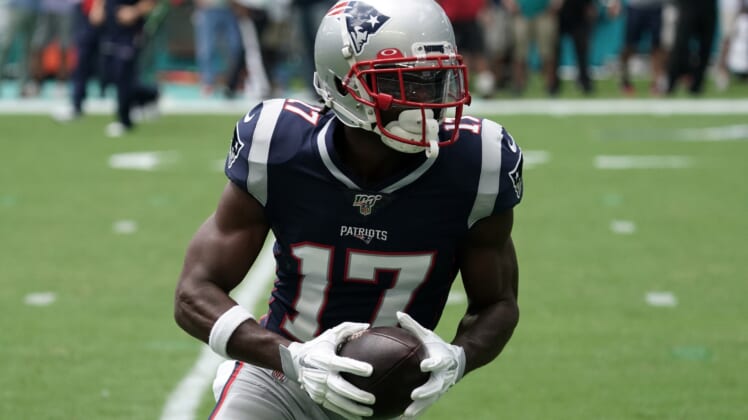 New England Patriots wide receiver Antonio Brown was not in a talking mood during a Q&A session with the media on Thursday.

Required by the league to talk to the media, Brown answered four questions in a total of about one minute.

He was not ready to discuss the sexual assault allegations thrown in the direction of the six-time Pro Bowler by his former trainer in federal court last week.

That makes sense. There’s no real reason to open up about an ongoing case. Any lawyer will tell his/her client this.

Brown’s answers during media availability were simple and to the point. They were also made in order for the receiver to avoid a fine from the NFL.

The superstar receiver will not face criminal charges in Pennsylvania in at least two of the allegations because of the state’s statute of limitations. Though, the NFL is still investigating the matter.

Brown will be active for the Patriots’ Week 3 game against the New York Jets on Sunday.