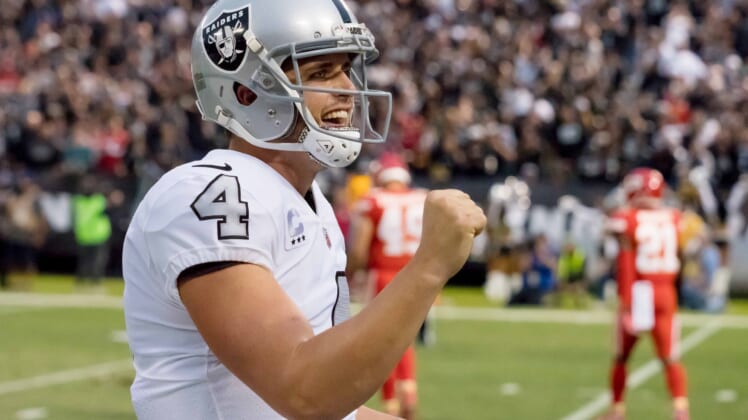 On Tuesday, before his trade to the Oakland Raiders was even official, Antonio Brown worked out with Derek Carr near team facilities.

The superstar receiver announced he was going to be meeting up with Carr early Tuesday, sporting a new look to boot on his Instagram story.

TMZ Sports obtained exclusive video of the two soon-to-be Raiders teammates working out together at a park near the team facilities. Brown looks to be in phenomenal shape and as explosive as ever.

Clearly, these two pros are eager to get a head start on the upcoming campaign. Not to mention, they look to already have some nice chemistry.

Whether all these good vibes will hold throughout the long season ahead remains to be seen.