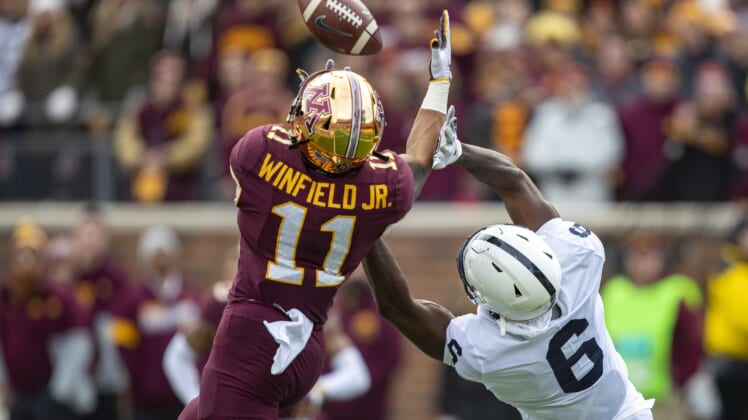 The Minnesota Golden Gophers are taking it to Penn State this Saturday, making huge plays on both sides of the ball. In particular, defensive back Antoine Winfield Jr. is having a monster game.

Early in the first quarter, Winfield made Sean Clifford pay for a poor pass with his sixth interception of the season.

Then, as Minnesota held a 14-10 lead midway through the second quarter, Winfield came up big again with a red-zone interception on a pass Clifford never should have thrown.

This was Winfield’s seventh interception of the season, which is tied for the FBS lead. He’s been such a key player for the Golden Gophers this year and is having the game of his life against the No. 4 team in the nation this Saturday.

Shortly after Winfield picked Clifford’s pocket a second time, the offense made the Nittany Lions feel pain with an incredible touchdown by Tyler Johnson to go up 21-10.