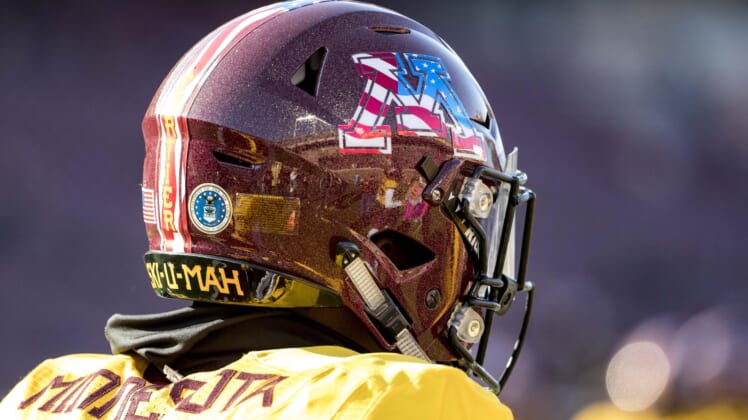 Antoine Winfield Jr., son of former NFL star Antoine Winfield, is a pretty good player in his own right. He came through in a big way for Minnesota Thursday night against New Mexico State.

Winfield went 75 yards to the house on an electric punt return for touchdown to put the Golden Gophers up 28-10 in the second quarter.

It looked like the Aggies had Winfield wrapped up, but he would not be denied. He powered through arm tackles and showed off tremendous speed en route to the end zone.