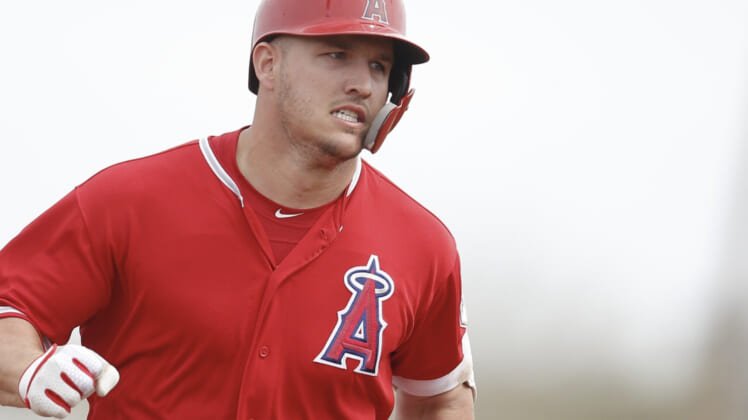 It’s rather clear that the record-breaking deal he signed last month has not gotten to the head of Los Angeles Angels superstar Mike Trout.

Ahead of Tuesday night’s road date with the Mariners in Seattle, Trout could be seen chatting up a young fan on the field. Given the difficulties said fan has had to deal with early in his life, Trout’s embrace of him is even more heartwarming. Check it out right here.

Too often, we ignore the good these athletes do. Now set to be a lifelong member of the Angels, Trout is doing everything to return the favor.

It’s small things like this that can lift up a young fan battling through something most of us could scarcely imagine. By taking a few minutes out of his evening, Trout made the kid’s day. That just great stuff from MLB’s best player.