WATCH: Andy Reid going at Chiefs fans after snowballs tossed on to the field 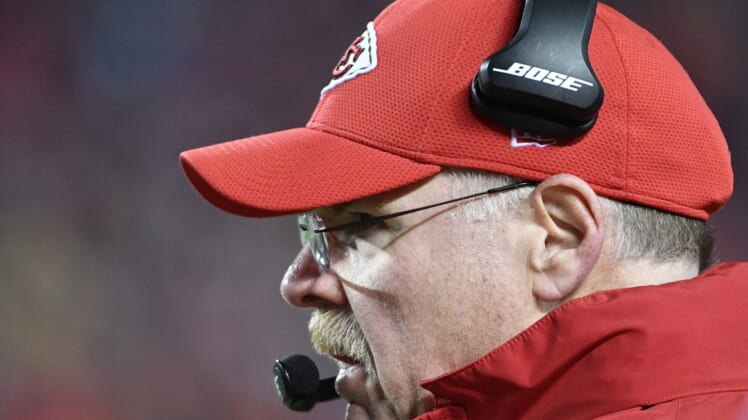 Everything was going swimmingly for Andy Reid and the Kansas City Chiefs Sunday afternoon at Arrowhead. The team was up 17-7 late in the second quarter and driving to potentially put the Colts to rest before halftime.

That’s when some idiot fans at Arrowhead decided that it made sense to throw snowballs on to the field. Probably using some liquid courage, the scene turned ugly. Officials had to stop the game to make an announcement. Stop acting like children.

This is when Chiefs head coach Andy Reid started jawing at Chiefs fans from his team’s sideline.

As we saw earlier in the game, this was a continuing theme as the first half played out. At some point, fans should be expelled from the game. There’s absolutely no room for this in professional sports.

If you’re going to act like a child, prepare to be treated like one. Mr. Reid couldn’t have agreed more.