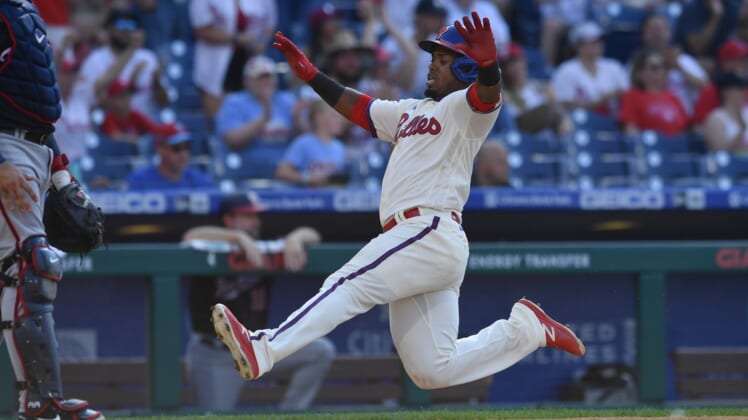 Andrew McCutchen belted a three-run homer in the fourth inning to fuel the host Philadelphia Phillies to a 5-2 win over the Washington Nationals on Saturday.

The Phillies finished with just six hits, but three of them drove in runs as Philadelphia was able to even this weekend series at one win apiece.

Ranger Suarez (1-0) earned the victory with three shutout innings in relief of Spencer Howard. Suarez did not allow a hit and struck out three after Howard gave up one run and one hit in 2 1/3 innings.

The Phillies used six pitchers overall, and Connor Brogdon closed it in the ninth for his first career save. They limited the Nationals to four hits on the day.

The Philadelphia lineup got a boost with the return of Bryce Harper (wrist) from the injured list, and he helped by going 1-for-3 with an RBI single. Also, the Phillies put closer Hector Neris on the paternity list.

Washington starter Joe Ross (2-6) gave up four runs on just three hits in six innings. But McCutchen’s three-run blast was one of those hits, and it proved to be the difference.

The Phillies made three errors in the first four innings, but just one of them caused any trouble. Second baseman Jean Segura’s miscue in the top of the third let Trea Turner score and give the Nationals a 1-0 lead. 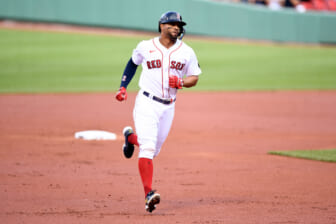 But Washington stumbled in the fourth inning, and that helped Philadelphia post four runs. Segura reached when first baseman Josh Bell booted a ball near the bag. Ross then hit Harper, and Rhys Hoskins followed with a bloop single to left field that tied the score.

Two batters later, Ross left a breaking ball over the plate and McCutchen sent it into the seats in left for a 4-1 lead.

Bell trimmed the lead to 4-2 with a homer in the top of the eighth off Jose Alvarado before the Phillies answered in the bottom half. Harper lined an RBI single to center against Sam Clay.