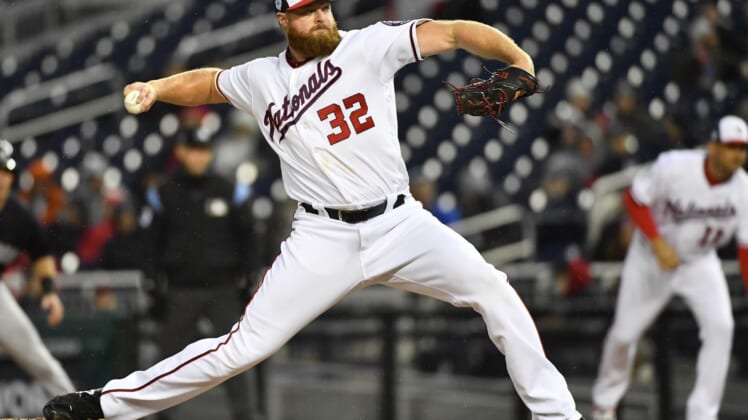 Washington Nationals minor league pitcher Aaron Barrett has not played in a MLB game since all the way back in 2015.

The former ninth-round pick has suffered setback after setback in hopes of returning to the big show. He missed the entire 2016 and 2017 seasons after undergoing both Tommy John Surgery and surgery to fix a fractured right elbow.

Now on the mend and pitching for the Nationals’ Triple-A affiliate, Barrett learned from his manager that he has been called up to the big league club. The video will make Kleenex a necessity for most of you.

Barrett also heads to the Nationals with the team in the midst of a playoff run. Washington entered Tuesday’s action with a 77-59 record and in the top wild card spot in the National League.

For his part, the 31-year-old Barrett pitched to a 3.47 ERA and 1.26 WHIP in 90 appearances for the Nationals in 2014 and 2015. It would be a tremendous story if he could help the Nationals to the playoffs down the stretch.