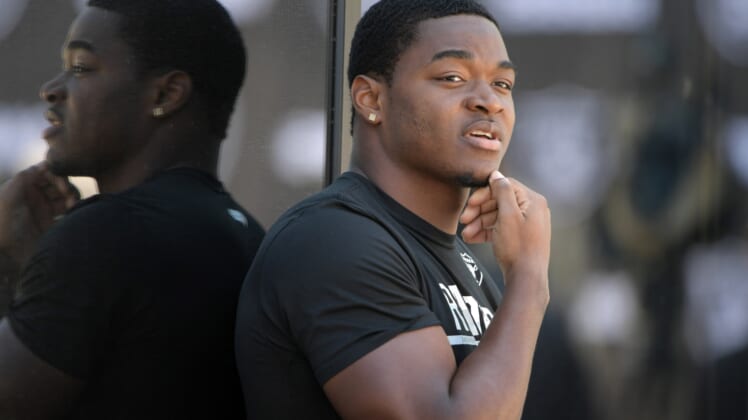 During Sunday’s game between the Oakland Raiders and Seattle Seahawks in London, Amari Cooper was blasted on a helmet-to-helmet hit and had to exit the game.

Bradley McDougald absolutely laid into him, leading with his helmet. And Cooper went down hard, appearing to be knocked out cold.

The craziest thing about this play isn’t that it happened, however. It’s that there was no flag.

We’ve seen countless examples of hits that were not nearly as blatant as this one that were penalized. So it’s very strange that this on didn’t get called.

This wasn't called a penalty.pic.twitter.com/dXC89qgJQU

No flag for this hit. pic.twitter.com/VKChRyWsgx

Cooper had to exit the game after laying on the turf for a while, seemingly unconscious, and he’s definitely in the NFL’s concussion protocol.