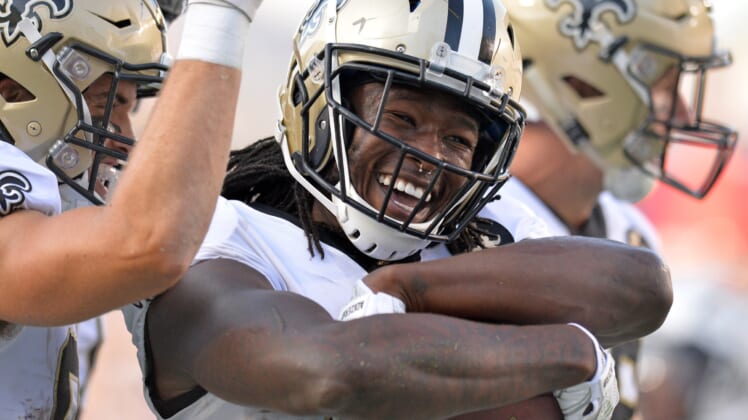 It’s definitely an exhibition game in Orlando. With the AFC shutting out the NFC, 20-0, in the 2019 NFL Pro Bowl, Jason Garrett decided to use offensive players on defense.

That included star Saints running back Alvin Kamara lining up at defensive end. What followed was pretty darn amazing.

Kamara got past the right tackle and put a ton of pressure on Texans quarterback Deshaun Watson. It led to a near strip sack of Watson and a turnover on downs.

Say what? Alvin Kamara with the near sack of Deshaun Watson, forcing turnover (h/t @NFL). pic.twitter.com/aI7esjwJK5

We highly doubt that Saints head coach Sean Payton will use Kamara in this role moving forward. But maybe he should try next season.

Better yet, line Kamara out at cornerback and let him tackle the receiver before the ball comes. That worked out so swell for the Los Angeles Rams last Sunday.