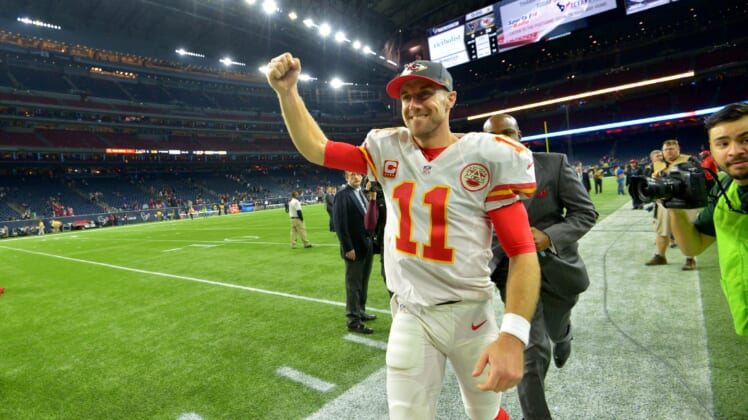 Alex Smith and Kareem Hunt are putting up quite the performances for the Kansas City Chiefs against the defending champion New England Patriots on Thursday.

Down 27-21 in the fourth quarter, Smith hit the rookie third-round pick on a 78-yard catch-and-run to give the Chiefs a one-point lead. It was a thing of beauty from both Smith and Hunt.

This brought Smith’s totals to 23-of-28 passing for 312 yards with four touchdowns and zero interceptions. Meanwhile, Hunt finished that play having netted 172 total yards and two scores. Not too shabby for a Chiefs offense that had proved to be less-than-exciting in the past.