WATCH: Alex Pereira destroys Sean Strickland in one round at UFC 276 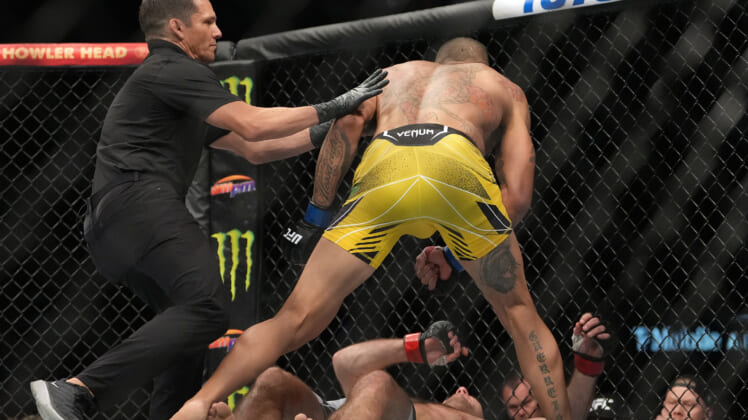 Sean Strickland talked a big game heading into UFC 276, but in the end, Alex Pereira had the last laugh with his gifted fists.

Strickland vs Pereira was a fight that die-hard UFC fans were pumped to see on Saturday night. If “Tarzan” was going to be silly enough to play the Brazilian’s game, it was a fight that would be exciting and not last long. Strickland claimed he would, but the smart money suggested he would use his grappling to make the bout a true mixed martial arts clash instead of a kickboxing clash. Unfortunately for Strickland, he was not thinking like the people betting on him.

Despite being in the Octagon with a world-renowned kickboxer, who has won titles in multiple divisions, and even knocked out current middleweight champion Israel Adesanya in the past, Strickland decided to stand in front of Pereira. He chose poorly.

As the fight played out, Strickland tried to employ his patented volume and pressure style while Pereira played stick and move. Using a job and stiff kicks. Then, halfway through the round “Poatan” exploded forward with a thunderous left hook that dropped the uber-durable Strickland.

As further evidence of his sniper-like skills, while Strickland fell to the mat like a tree, Pereira actually landed another head shot on his unconscious foe. It was a massive exclamation point on an outstanding performance and more proof that the hype around Pereira is real, because he is a very dangerous man. 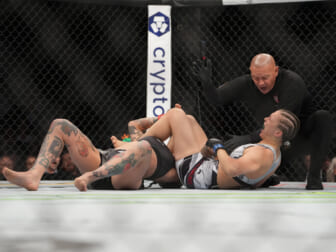 The Brazilian has now won three straight in the Octagon, and six consecutive overall. As an MMA fighter, he is now 6-1. Despite his limited MMA experience, Pereira could be in line for a title fight next because of the lack of strong challengers after Adesanya has lapped the division a couple of times.

The loss ends a six-fight win streak for Strickland and dahses any hopes he had of a championship opportunity in 2022.