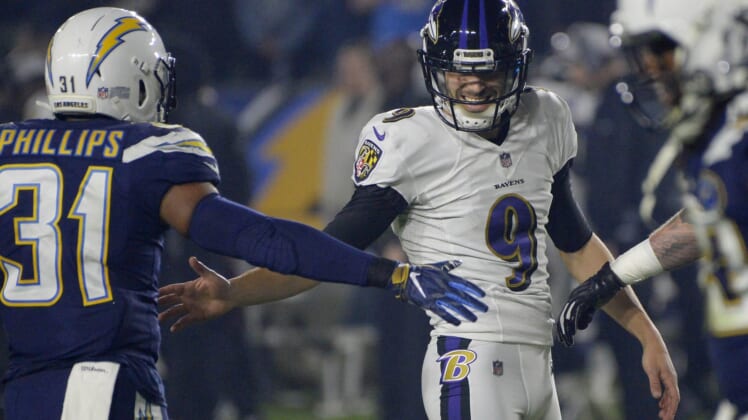 During the second quarter of Sunday’s wild-card game between the Los Angeles Chargers and Baltimore Ravens, Lamar Jackson was off target and Adrian Phillips made him pay.

Jackson attempted to hit Chris Moore but threw too high. The ball careened off the receivers hands, and Phillips was there for the athletic interception.

It was the first interception thrown by Jackson in his last 128 attempts.

This wasn’t Phillips’ first turnover of the game, either. He came up with the fumble recovery that led to Los Angeles’ first points in the first quarter.